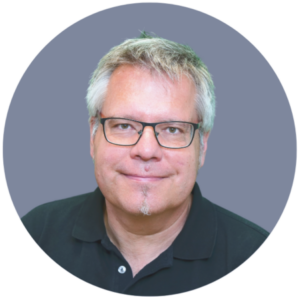 What is SONiC NOS? Why is Everybody So Excited About SONiC?

Network infrastructure is crucial for modern IT organizations as they strive to deliver superior business value by helping their organizations increase productivity, deliver services faster, and remain flexible.

In addition, the use of modern applications and workloads like virtualization, cloud, IoT and AI are pushing the boundaries of existing data centers so more traffic moves from the edge of the network into the cloud. To support these demands, IT organizations need a modern network infrastructure that can support this increased traffic.

SONiC stands for Software for Open Networking in the Cloud. It is an open-source, Linux-based network operating system (NOS) that runs on switches from multiple vendors. It implements standard Layer 2 and Layer 3 protocols and provides developers with a straightforward way to add new features.

SONiC was developed by Microsoft for their Azure cloud. Microsoft made SONiC an open-source project in 2016. Today SONiC is the most popular open-source network operating system for data centers and private clouds.

SONiC offers many benefits for users, including the ability to deploy it on any type of hardware. It also features a containerized architecture that helps isolate system failures and thus reduces the risk of bringing down the whole node when just one software component fails.

SONiC offers a full suite of network functionality, like BGP and EVPN, that has been production-hardened in the data centers of some of the largest cloud-service providers. SONiC offers the flexibility to create data center networking solutions, while using the collective strength of a large ecosystem with an active developer community. SONiC is designed for scalability and is in production today in large data center fabrics.

SONiC’s ecosystem is rapidly growing, with new vendors and deployments being added all the time. This growth is fueled by the Open Compute Project and SONiC community, which provide support and resources for those wanting to deploy SONiC. As more people use SONiC, more and more contributions add support for more switching ASICs, more platforms and more sophisticated features like telemetry, as well as automated management options. This makes it easier and more attractive to deploy SONiC in your network.

Disaggregation is the process of separating a single service or function into multiple, smaller components. In the context of networking, disaggregation refers to the separation of network hardware and software components. This approach allows for more flexibility and openness in networking, as service providers can mix and match different hardware and software solutions from different vendors. The open networking ecosystem comprises a number of different software solutions for open networking in the cloud.

You can find more about Disaggregation and Open Networking here.

Why Is Everybody So Excited About SONiC NOS?

SONiC NOS is a new type of open-source network operating system that has been designed to meet the needs of modern cloud environments. It offers a number of advantages over traditional network operating systems, including enhanced robustness, scalability, and flexibility. It is these benefits that is seeing SONiC being introduced into more and more large scale data center environments.

Please confirm you want to block this member.

You will no longer be able to:

Please note: This action will also remove this member from your connections and send a report to the site admin. Please allow a few minutes for this process to complete.

You have already reported this .
Clear Clear All

"Please be informed that in order to carry out the services available on our website, optimise its content, adapt the website to your individual needs and display, personalise and measure the effectiveness of advertisements within external advertising networks, we use information saved using cookies on users' end devices. You can control cookies using the settings of your web browser. By continuing to use our website without changing the browser settings, the user accepts the use of cookies. More information is contained in the privacy policy of the website."